“Children are not the people of tomorrow, but people today. They are entitled to be taken seriously. They have a right to be treated by adults with tenderness and respect, as equals.” –Janusz Korczak

Over the last few years there has been much debate in early years circles about the need for professionals working with the youngest children to “prepare them” for school. The term “school readiness” has proliferated with little clarity about what it is, how it should be defined and above all, how might a “school ready” or “not school ready” child appear in terms of knowledge, skills and behaviours. Throughout this series of articles we will challenge this unhelpful obsession with “school readiness” (particularly at this time when children require us to be much more ambitious for them in our thinking and practice), and encourage all those who care about children to help them attain readiness for life.

Amongst the many uncertainties of the modern world, several indisputable global facts about the health, well-being and learning of young children are beginning to emerge, supported by robust evidence and research. They require our most urgent attention! We will address what we are calling “a living model” for childhood which aims to reconsider the basic essentials that must be present for children to actively thrive. As far back as 1943, the American psychologist Abraham Maslow, in a paper called “A Theory of Human Motivation” stressed the importance of meeting the physiological needs of human survival above all else – the needs that are common to humanity at all levels and in all conditions. He argued that if such needs are not met, the human mind and body will not be able to function properly. His “hierarchy of needs” is now universally known, is often quoted and has informed the thinking behind our “living model”. 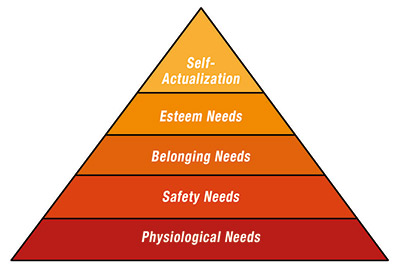 Our “living model” focuses on the first four layers of Maslow’s pyramid and follows his belief that the most basic levels of human need must be met before a child is fully able to be engaged, motivated, regulated and ready to learn. Our intention is to view this through the lens of:

This first article will provide a brief overview of each and will be followed by more detailed articles considering the four aspects in greater depth. 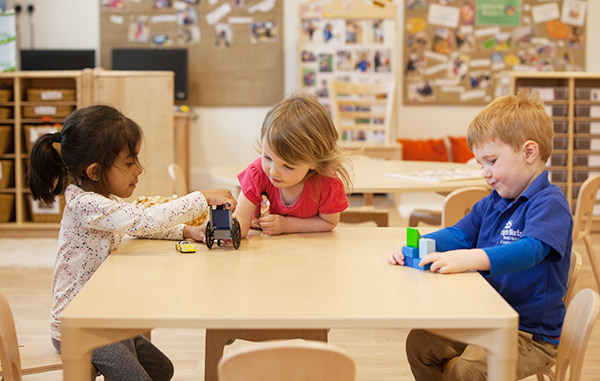 One of the most basic human survival needs is that of eating and amongst other benefits, the impact of a healthy diet on improved sleep patterns is well documented. For many children in our wealthy western society, eating is one of life’s pleasures, whereas for those living in extreme conditions where poverty and food scarcity are the norm, it is a constant source of anxiety. Children living in the most deprived areas in many western countries are also particularly prone to the results of poor nutrition, in terms of their overall outcomes and life chances. “The burden is falling hardest on those children from low-income backgrounds. Obesity rates are highest for children from the most deprived areas and this is getting worse. Children aged 5 and from the poorest income groups are twice as likely to be obese compared to their most well-off counterparts.” (Childhood Obesity: A Plan for Action – Gov.Uk)

Worryingly, for children in countries where food is plentiful (and in some where it is more than plentiful) the very act of food consumption is itself the cause of major health issues for children – issues that create a legacy that persists throughout adulthood and results in life- threatening conditions and a propensity toward a range of avoidable illnesses. Research into child health, particularly the resultant obesity epidemic and the rise in the incidence of dental caries amongst very young children, is in itself frightening. What seems to be less “newsworthy” is the adverse impact of a poor or restricted diet on children’s learning capacity and behaviour. What is the effect of sugary breakfast cereals on learning? What about no breakfast at all? Why, even in the most “nutrition aware” schools and settings do children experience the same “post-lunch slump” that causes adults to refer to it as “the graveyard slot”? What do parents understand about the connection between nutrition and learning capacity, and how to navigate the minefield of advertisements for “clever milk” and “vitamin water” and other food marketing strategies? We will explore this in-depth in our next article in this series.

Without doubt, another of our greatest human needs is restful sleep. Sleep plays an important role in our physical and emotional health throughout life. Establishing healthy sleep patterns in the earliest years can have enormous long term lifestyle benefits. Healthy sleep routines for both adults and children have been linked with:

Yet the current reality is that hospital attendance in England for children under 14 years with sleep disorders has tripled in the last 10 years, according to National Health Service data. Prescriptions for the common sleep medication, Melatonin, have increased tenfold for both children and adults under the age of 55 over the same time period. Dr. Catherine Hill, Associate Professor at the University of Southampton and consultant at Southampton Children’s Hospital, has been leading ground-breaking work in this area. She says: “If we continue to ignore emerging research evidence about the importance of sleep to health, we’re potentially storing up problems for the future… We desperately need to get children’s sleep on the public health agenda.” (BBC Panorama-March 2017) Our article on children and sleep will explore some of the main issues.

One of our biggest concerns is the shift from intrinsic to extrinsic goals in children’s play. Intrinsic goals are those that have to do with the child’s own motivation and interests —such as becoming competent in self-chosen activities and developing a meaningful understanding of how everyday life works and successful relationships happen. Extrinsic goals, on the other hand, are those that have to do with seeking rewards and working to the agenda of others (mostly adults), which may include following adult directed and prescribed routines within fixed boundaries. Such boundaries are often adult controlled and may include:

For many children their experience of early childhood care and education has resulted in them becoming more oriented toward extrinsic goals. In the home, community and some settings children’s freedom to play and explore on their own, independent of direct adult guidance and direction, has declined greatly in recent times. Yet we know that free play and exploration are the means by which children learn to control their own lives, develop their own interests, regulate their impulses, interact socially, solve problems and ultimately become competent in pursuit of their own interests. Effective play is activity controlled and directed by the player and thereby focused toward intrinsic rather than extrinsic goals. By depriving children of opportunities to play on their own, without constant direction and interference from adults, we are depriving them of the very opportunities that teach them how to manage and control their lives. We may think we are providing the best direction and guidance, yet the fact is that we are probably:

In our article on play we will unpick all of these issues further.

“Children are intuitive scientists and armchair philosophers, brimming with such startling observations that it’s hard to believe they’ve come from people barely out of diapers…” (Erika Christakis, The Importance of Being Little: What Pre-schoolers Really Need From Grown Ups)

Learning (and what learning means) in the earliest years is one of the most contentious and contested themes of early childhood pedagogical debate. How, why, where, what, with whom and when children learn best tests the minds of great international educators. As our article on play will note, it is often adults who intend to “drive” the learning and in some cases it’s clear that some pedagogical thinkers have heard small children described, but have never actually seen any in action!

Children, by their naturally curious and creative approach to life, hold the key to learning about the “theory of everything”. Fired by their own agendas and insatiable passions and interests, they are STEAM (Science, Technology, Engineering, Arts and Maths) driven learners from birth. For teachers, the quantum leap between one theory and another and the constant pressure to move children on to the “next step” as quickly as possible so as to “be ready” restricts both adult and child in the freedom of learning and prevents the privilege and sheer joy of observing children at play and following their authentic “next steps”. We know, through current research into neuroscience, that:

Still, we question the compelling evidence before us. The final article in our series will help to confirm that fundamentally, stage-appropriate learning supported by emotionally literate adults more than “prepares” children to be lifelong learners!

ABOUT THE AUTHOR
Pam Mundy