The importance of play for learning 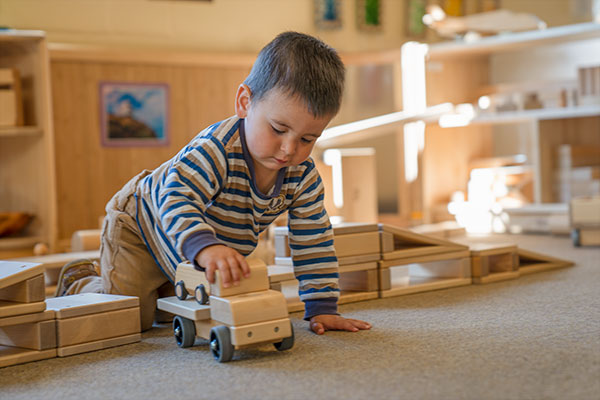 Childhood is a time for, well, childhood! It’s not a preparation for school or adulthood. It’s a time for allowing children to go at their own pace, giving them the time they need to explore, manipulate, discover, and practise newly acquired skills.This naturally helps their growth and learning. Friedrich Froebel encouraged adults not to fear that they do not know how to teach the child, but to look for what the child can do – instead of what they can’t do, and celebrate how they do things, as well as what they achieve. For children, play is never trivial. It is deeply serious: it’s the most important resource that children have to help them grow, learn and connect with people, the world around them and their imagination. For example, the young child pretending to look after a “stick doll”, carrying it as if it were a baby.

Froebel described play as “the highest expression of human development in childhood, for it alone is the free expression of what is in the child’s soul”. Children often express their thoughts, ideas and feelings through lots of symbols, which can be words, tunes, body language, use of space or things they create with different materials or their imagination. These symbols help them to grow in understanding and to feel in control of their feelings.They also help a child convey what they are thinking or feeling, and show their knowledge and understanding of the world and their place in it. 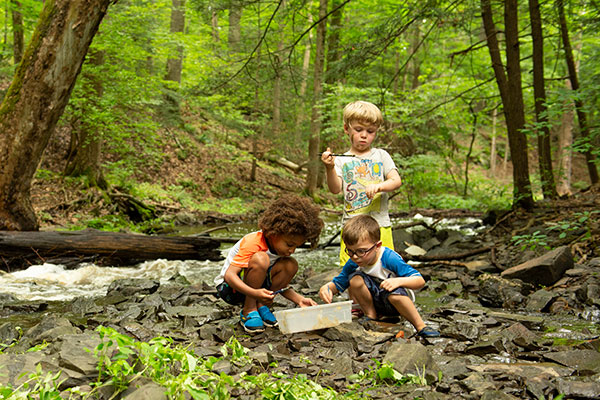 Froebel found that children need real-life, hands-on experiences in order to learn. For example, John (aged 3 years 9 months) found a snail near a drain in his garden and spent a long time letting it crawl over his hands, watching it very intently. He called it Freddie and wondered aloud where its mummy and daddy were, making plans to go and look for them. He thought about where to put Freddie – on a rock, under a log or in his mud kitchen.

John’s play absorbs and reflects his first-hand experiences and imagination. According to Froebel, children don’t just learn about nature, they learn through engagement with nature. Here, John is learning loads of science as he thinks about places a snail might live, feels the snail crawling over his hands, watches its eyes on stalks and becomes engrossed in the life of another creature. There is maths in his internal mapping of the garden and positional language (on top/over/under) as the snail moves over his hands. He also shows a great deal of care, based in his own experience of belonging to a loving family, as he wonders about the snail’s home, daddy and mummy.

While watching what a child is doing, adults can marvel in what they see and think about how to encourage and extend learning by building on the child’s abilities and particular interests. Watching isn’t a passive activity; it is a time when the mind is whirring with realisations and ideas! It’s when you really notice the little things.

ABOUT THE AUTHOR
Stella Louis, M.A.

Stella Louis is an early years consultant who has worked as a nursery nurse, nursery manager, DCE course coordinator and Early Years Training coordinator. She wrote her first book in 2008 on understanding children’s schemas. Stella has developed a sustained interest in working with parents and is involved in research on sharing knowledge and understanding of young children’s schemas with parents. Stella is a Froebelian-trained travelling tutor, working in the UK and in South Africa.

More from Importance of play
Article
A model for living
In this final article of our Model for living series we focus on learning, a much debated aspect of life in the early years. What are we doing to give children access to quality learning experiences, ensuring that they make…
Article
Play it forward
The kinds of traditional play that children have done naturally for generations is still at the foundation of the work that we do, and need to do, with children. We have the wisdom of the sages through the ages, but we also have the wisdom…
Article
A model for living
In this fourth article of the Model for Living series we explore play and playfulness, which are key dynamics in early childhood development.
Article
Play – a right of childhood
Throughout the world there is a growing concern that children are being exposed to a range of cultural pressures that may be damaging to their long-term health and wellbeing. How can we ensure we are promoting the form of adult life that…
See all Importance of play articles