His life and influence on education

What was life like before kindergarten, before ‘childhood’ existed? Children worked in mines and factories; nobody celebrated birthdays, and by the age of seven, children were considered adults. Then along came Friedrich Froebel (1782-1852), and invented the kindergarten… perhaps as a result of being raised by the proverbial ‘wicked’ stepmother of fairytales, who gave him little love or attention.

It’s the twenty-first century, and we seem to have passed the high water mark for childhood. Our children may not be coal mining, but they deal with the pressures of technology, standardised testing, social media and advertising.  This amounts to, among other things, a loss of outdoor play. The discussion of Froebel is more important than ever.

Froebel grew up in the beautiful forests of Thuringia, Germany, with a keen love of nature (the same countryside inspired his famous contemporary, Goethe, to make it his home for decades). This closeness to creation, along with a firm Christian faith, were key to Froebel’s educationist ideas, which were centred in the unity and inner connectedness of all life.

“Play is the highest expression of human development in childhood, for it alone is the free expression of what is in a child's soul.”Friedrich Froebel 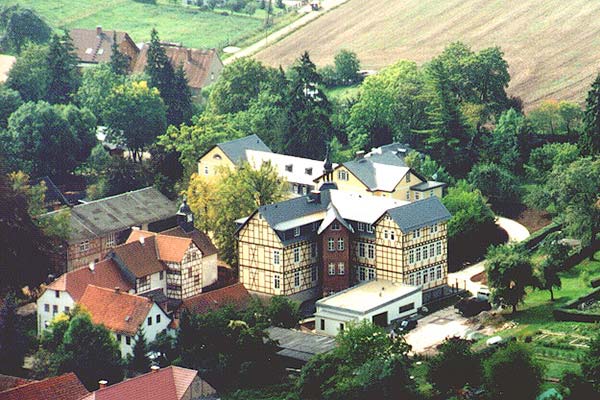 The village of Keilhau in Thuringia, Germany

Froebel arrived at his involvement in early childhood education via an unlikely mélange of experiences. Weak in language and writing skills as a child, he grew to excel at visually comprehended disciplines such as geometry and mapmaking. A two-year apprenticeship to a Thuringian forester inspired the enthusiastic fifteen-year-old, who had a natural bent for self-education. He gathered local plants for classification, and avidly consumed books on a variety of subjects. By 1805, after studies in the university town of Jena including surveying and architecture, Froebel had settled on architecture as a career.

But unexpectedly, Froebel switched paths. A friend – possibly someone who understood this highly gifted youth – counselled him to abandon architecture for teaching, and this seemed to bring on a revelation of sorts. The would-be architect dropped his plans and decided to pursue education as a profession. He accepted an invitation to teach at a Frankfurt school – one of the first schools based on the educator Johann Heinrich Pestalozzi’s progressive ideals. Pestalozzi (1746–1827) saw the child as a being with enormous latent possibility and an innate desire to learn. Teachers encouraged the children’s natural curiosity and exploration: new and daring pedagogy for turn-of-the-century Europe, where young children were expected to endure interminable lectures and waste hour upon hour in rote recitation.

After two years of teaching in Frankfurt, Froebel spent the years 1808 through 1810 under Pestalozzi at his Yverdon school, and was deeply influenced by him. Pestalozzi’s ideas are reflected throughout Froebel’s first important work, The Education of Man, as in his well-known motto, “Kommt lasst uns unsern Kindern leben!” (Literally translated as “Come, let us live for our children!”. One interpretation suggests, “Let us live in an exemplary fashion for our children.”) Froebel believed humans are by nature creative beings. He observed that play was a necessary developmental phase in educating the ‘whole’ child, enlisting all his imaginative powers and physical movements in exploring his interests. Though widespread today, this insight was revolutionary in the early nineteenth century, when play was viewed as idle, and children as miniature adults to be molded as rapidly as possible into economically productive members of society. 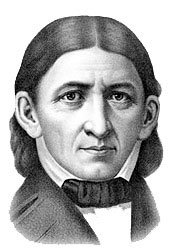 After more studies at the University of Goettingen, and a tour of duty (1812–1814) in the Napoleonic wars, Froebel supported himself as an assistant at the University of Berlin’s mineralogical museum. There for the next two years he sorted and classified its huge crystal collection, attending lectures on crystallography and mineralogy in between. His observations of the geometrically shaped surface planes of crystals bolstered his belief that fixed laws govern the natural world, and that these same laws guide the development of the child, the adult, and even whole societies. Hence the logic of creation could be illumined through the guided manipulation of forms.

Founding of schools and the first Kindergarten

In 1816 Froebel declined an offer of a professorship of mineralogy in Stockholm, and instead launched his dream of founding a school where he might test his observations as they related to the educating of children. He opened the Universal German Educational Institute in Gieshelm that year, relocating in 1817 to the nearby village of Keilhau. Froebel ran the Institute himself until 1830, then went on to found schools using his techniques in Switzerland. He later opened his first Kindergarten in 1840 at Blankenburg, Germany. Until this time there had been no educational system for children under seven years of age, nor recognition that young children were capable of learning social and intellectual skills that might serve as a foundation for their whole life.

Gifts, Occupations and the meaning of block play

Froebel challenged other conventions in education. In his day, intricate and decorated toys for children were the norm; he found them completely inappropriate. As he formulated his curriculum for young children, Froebel designed open-ended instructional materials called the Gifts, with complementary Occupations. These were for use both in kindergarten and school, and gave children hands-on involvement in practical learning experiences through play.

A frequent misconception today is that the Gifts were designed primarily for use as maths manipulatives. As Froebel’s insights from his categorisation of crystals suggest, they represent in fact much more than that, opening a window to the child’s inner self and leading him to a deepening knowledge of the world and the interrelationships of things.

Foundational to the development of the Gifts was the recognition of the value of block play. Froebel believed that playing with blocks gives fundamental expression to a child’s soul and to the unity of life. Blocks represent the actual building blocks of the universe. The symmetry of the soul is symbolised as a child constructs with blocks, bringing them together to form a whole. Through proper use of the Gifts, the child progresses from the material to the abstract: from the volumetric lessons offered by blocks, through the two-dimensional planar ones elucidated by play with parquetry tiles (flat, geometrically-patterned wooden shapes), to deductions of a linear nature drawn from stick laying, to use of the point in pin-prick drawings. Points, in turn, describe a line, and the child completes the logic by returning from the two-dimensional to the three-dimensional realm of volume through peas work (joining small malleable balls with short sticks) and on to solid three-dimensional work in clay. 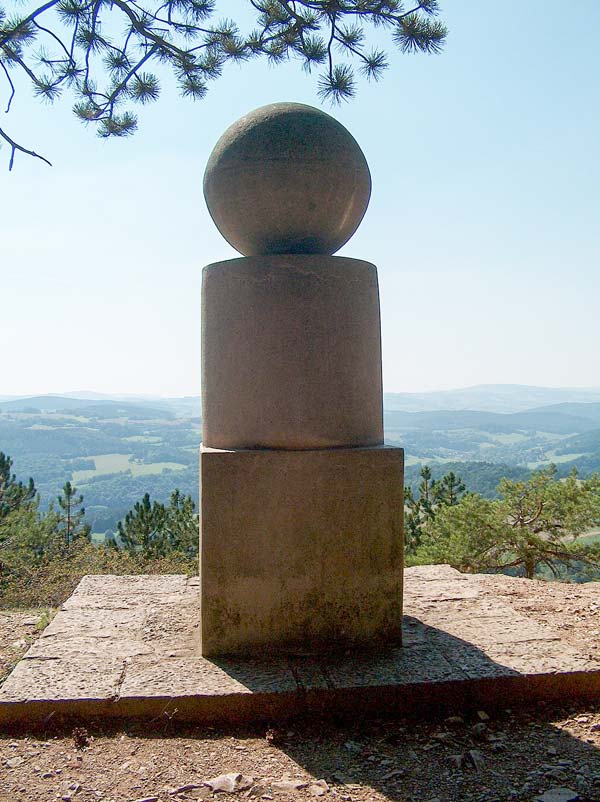 The Froebelblick (literally “Froebel view”) near Keilhau. Here Friedrich Froebel is said to have coined the term "kindergarten".

Froebel did not live to see the flowering of his concept of a ‘garden for children.’ A ban on kindergartens was issued in 1851, a year before his death, by the suspicious and conservative Prussian court. (Why did the autocratic Prussian state feel threatened by kindergarteners? Was it because kindergarteners were becoming free-thinkers rather than a homogeneous mass or entry-level workers?) But the great educator’s legacy did eventually become widespread through the untiring persistence of his co-workers. Johann Arnold Barop, who married Froebel’s niece, was one of many of these. While some of Froebel’s protégés would go on to promote the kindergarten internationally, Barop assumed leadership of the fledgling Keilhau school in 1833, and is credited with its survival under persecution from the Prussian authorities. Keilhau and a host of later institutions embodied Froebel’s vision – represented most truly in the first kindergartens of the later 1800s, but with influence extending through the twentieth century and beyond. 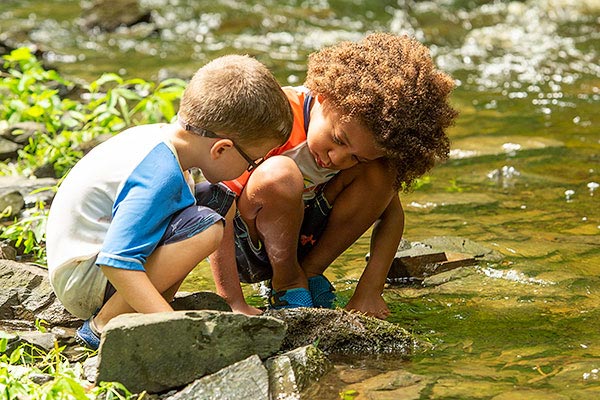 Interestingly, Barop’s great granddaughter Annemarie, educated in the Keilhau Froebel School where her father was principal, ended up joining the intentional community behind Community Playthings in 1932. Here, where family and school life are inseparably twined, she found an environment in harmony with Froebel’s philosophy of life as an undivided whole. She soon became involved with our community nursery, greatly influencing its future development. Community Playthings eventually emerged as a supporting business to the community, meshing with its educational ethos.

The Froebel School at Keilhau is still in operation today. Much continues to be reminiscent of the educational philosophy that has profoundly influenced our community childcare and business to the present day.

For more information, have a look at Froebel Web

More from Froebel
Article
Froebel’s gifts and block play today
When Friedrich Froebel gave his cousin a set of wooden blocks for her two young sons as a present and asked her to observe how they played with them, he gave us two gifts in one – a practical resource designed for children’s learning and…
Article
Learning from Froebel’s Kindergarten
Now is a good time to familiarise ourselves with Froebel’s original ideas, and to use them to challenge inappropriate practices used with our youngest children.
Article
The importance of play for learning
Childhood is a time for, well, childhood! It’s not a preparation for school or adulthood. It’s a time for allowing children to go at their own pace, giving them the time they need to explore, manipulate, discover, and practise newly…
Article
Return to kindergarten
Kindergarten is a time for the full flowering of the imaginations of children, the time for “mature role play” as an engine of mental and social-emotional development.
See all Froebel articles
Explore Block play products
Explore Block play