In this fourth article of the Model for Living series we explore play and playfulness, which are key dynamics in early childhood development. We suggest ideas for the conditions that children need in order to become playful learners and consider what adults inadvertently do that actually gets in the way of playful thinking. The year 2017 saw the publication of the 50th anniversary edition of John Holt’s brilliant and insightful book, How Children Learn¹. Holt was an educator who became disillusioned with the American education system in the 1960s, where rote learning and dull drilling was commonplace. He became well known when he made the powerful argument that the methodology in most schools often got in the way of children’s learning. Holt died in 1985, yet his ideas have endured and are of particular relevance at this moment in time, when understanding of young children’s play and playfulness seems so enigmatic.

In November 2017, Ofsted presented its “ Bold beginnings ” report which discusses the quality of the curriculum in the reception year of the English education system. Despite the negative attention from educationalists the report has generated, the Executive Summary includes one key fact: “A good early education is the foundation for later success. For too many children, however, their Reception Year is a missed opportunity that can leave them exposed to all the painful and unnecessary consequences of falling behind their peers.” (Bold beginnings, Executive Summary. p.4) 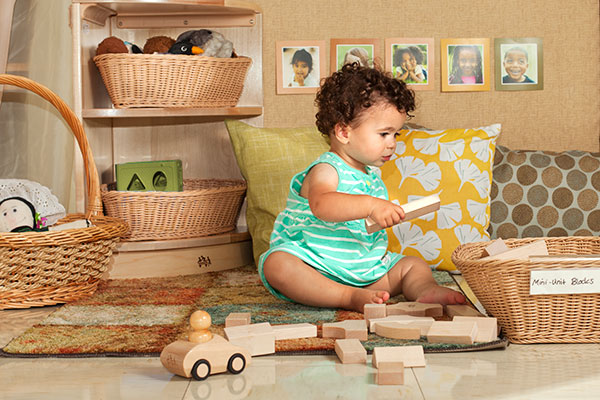 The “Bold beginnings” report outlines five reasons why the reception year should be considered a “unique and important year”(p.8). Reasons 4 and 5 are of particular relevance to our thinking on playfulness:

4. “The Reception Year is often their first experience of full-time education. It is a time when leaders and staff establish the rules, routines and expectations of learning that will serve children well and follow them through the rest of their formal schooling.”

5. “The research is clear: a child’s early education lasts a lifetime. Done well, it can mean the difference between gaining seven B’s at GCSE compared with seven C’s. What children are taught during Reception – the curriculum – is therefore hugely important. Such rewards are by no means guaranteed.”(Bold beginnings, p. 8)

Some great theorists who concentrated on learning and education, including Holt, had a more ambitious view of the core purpose of early education. They took it beyond the quantum leap of examination results ten years distant, instead linking it explicitly to personal development, self-worth, self-awareness and well-being, all critical aspects of our Model for Living.

Let’s consider the thinking of Holt a little further. He was an acerbic and astute observer of children and chose to study them in their most natural “habitat”, where they engaged freely in their play and made self-determined choices. At the time, this contrasted starkly with most observations of children, which took place in more controlled environments where the conditions were influenced by greater formality and children were more closely supervised by either the teacher or researcher. His findings are central to our understanding of early human playfulness and its significance for life-long development and success. Here are six of Holt’s most important observations:

1. Young children don’t choose to learn in order to do things in the future. They chose to do, right now, what others in their world do – and in doing they learn.

(The present and doing matter for young children! They seek activities that are meaningful and related to their sense of the world. They are powerful observers, constantly attending to what others are doing and modelling, unconsciously or deliberately.)

2. Young children go from whole to parts of their learning and not the other way around.

(Children copy what they have observed around them. They are motivated to do whole things, not pieces taken from the whole. For example, they like to use language in meaningful ways by speaking whole sentences, not breaking them down into component parts. They want to learn new vocabulary in real contexts, not artificial ones. One of the biggest challenges facing early years educators is to avoid destroying tasks and activities that have the potential to be meaningful and motivational by compartmentalising aspects from the whole.)

(We all know how expert young children are at “noticing”, yet we’re perhaps not as aware of how skilful they often are in correcting their own mistakes. Children not only copy what they see others doing around them - they try to do it equally well or better. In doing so they make mistakes from which they are able to learn if allowed the time to do so. They pay attention deliberately and are not afraid of repeating something they have got wrong in order to improve. Holt refers to this as young children’s “instinct of workmanship”, suggesting that “left alone, not hurried, not made anxious” children can often be observed correcting mistakes for themselves. As educators, we often feel we should correct children, pointing out their mistakes in order to help them improve. Yet our supportive intentions do not always produce the desired effect, and at the extreme can result in children refusing to engage in the very activity being supported. As adults, showing that mistakes are positive learning experiences should be a key strategy in encouraging playful exploration and learning.)

4. The cognitive value of fantasy play: “Children use fantasy not to get out of, but to get into, the real world.” (Holt, p.228)

(Holt suggests that fantasy play allows children to engage in doing what in reality they are not permitted to do by virtue of safety or age, etc. Fantasy play often involves acting out and rehearsing something a child has observed in the adult world; a small child cannot be a doctor or a bus driver! However, in fantasy, he/she can be whatever takes their “fantasy”, and in so doing learn much about how the world around them operates and how they can interact with it. It is fascinating to note Holt’s discovery that children most frequently chose to copy adult activities observed during their real day-to-day lives, with forensic attention to detail. In this way fantasy play permits children an open stage to enjoy being actively involved in doing in order to make meaning of an activity or situation that they may not otherwise experience.)

5. The power of mixed-age play

(We are currently hearing much about the exciting idea of bringing young children and the elderly together through both formal and informal shared play and activity. Early evidence from such projects suggests that both age groups’ health, well-being and cognitive agility are supported. In a similar vein, it is valuable to consider the power of mixed-age play, so well illustrated in the French film, Etre et Avoir (To Be and To Have), centred around a one-room schoolhouse (well worth viewing if you haven’t seen it). The psychologist Peter Gray, asserts that mixed-age play allows younger children to explore the world in far more advanced ways than they could if interacting only with their peers. It removes the pressure some children experience from playing to adults expectations, and the anxiety of not getting it right. For example, how many times have we observed children desperately trying to give the adult the answer they appear to be seeking? Our education systems seem to have an increasing obsession with measuring and quantifying things! Older children can be compelling educators who intuitively and sensitively scaffold younger children’s play, learning, and safety - giving them time, space and the opportunity to take appropriate risks in ways that adult educators sometimes overlook in their quest for progress and performance.)

(Young children are vigilant, building experience on experience to develop their knowledge of how the world and relationships work, and how best to take part. As natural scientists, children use trial and error to explore, hypothesise and test their thinking. However, as intuitive as this behaviour may be, intrinsic motivation remains important. Children have to want to explore and build on previous mental models developed from previous activity. A restrictive, rule bound environment where compliance and control feature strongly and methods of learning are imposed is unlikely to develop a lifelong curiosity for learning.) 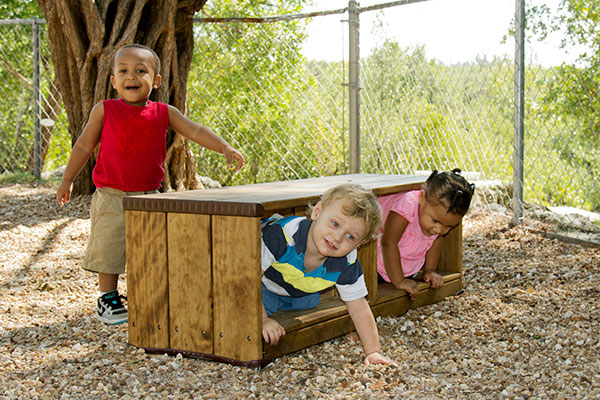 So how can educators support children’s play and playfulness?

Holt asserts his belief that “the spirit of independence in learning is one of the most valuable assets a learner can have.” In the early years, we watch with delight how quickly babies, toddlers and young children strive to achieve increasing levels of independence and to recognise themselves as individuals with the capacity to impact on situations and relationships. The children who learn to do this successfully have often received coherent, consistent messages from adults and caregivers, encouraging them to be playful, free and experimental in their learning. So, what are the common qualities of the most effective play educators?

Above all, these educators provide children with a reason to be joyful and to want to engage in focused play – the most natural and effective vehicle for early learning. It was a musician, Emile Jaques-Dalcroze (1865–1950), that suggested joy was the most powerful of all mental stimuli. In this way, children develop a playful approach to learning and life, and a positive “can do” attitude, a foundation that will endure and enrich them personally. It will promote aspirational thinking well beyond seven Bs at GCSE – a “ceiling” that may or may not exist by the time our current youngsters reach those dizzy heights.

In our final article, we will complete our Model for Living by looking more deeply at the process of learning itself and the boundless opportunity of inquiry and exploration – the dynamic springboard for what is yet to come. 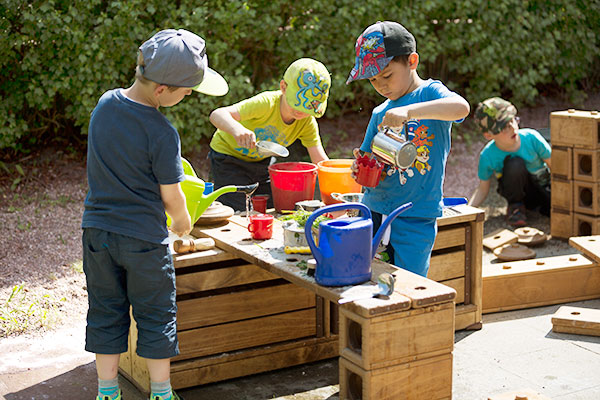 3. Pica, R. (2015) What if Everybody Understood Child Development, Corwin