The sun was rising, there was a crisp nip in the air and I was looking forward to my early morning walk. I let the dogs out of the car and then realised I had parked slap bang in the middle of a two-car parking bay. No-one would know it was me; my dogs and I would be up the hill in a blink. However, I knew. I knew that those spaces would soon be in high demand with parents dropping children off at the nearby school, and that my careless parking would inconvenience at least one busy family. 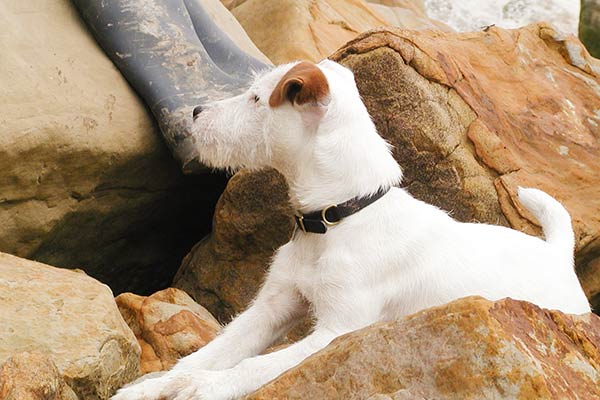 So what did I do? Did I carry on with my mission with no consideration for my fellow road users? No, I would have had far too much of a guilty conscience to do that. Instead, I put the disgruntled dogs back in the car, reversed it carefully to take up exactly my fair share of the parking bay, and then started again, off to walk my dogs.

So what on earth has my dog walk got to do with children in their early years?

The answer is prize and price – the ability to think through one’s actions to figure out how they will impact on others. In my situation, leaving the car where it was would have got me on my walk sooner and saved me time. This would have been my prize. Instead the price was that I had to put the dogs back in the car, and re-park it.

My decision was swung by imagining how frustrating it would be for a busy parent seeing a parking space blocked by an inconsiderate driver. Their prize would be a free space, their price would be inconvenience.

Playing the movie of my actions

As an adult I am used to “playing the movie” of how my actions will impact on others. Some call this respect, others self-regulation. These do seem to be buzz words and are attributes we want our children to have. We talk to our children about thinking of others, about being kind and about saying sorry, but do we factor in just what a complex skill weighing up prize and price really is? We can certainly model and encourage this skill, but young children's brains will need much more life experience before they get this right; some of us adults could still do with practice!

What can we do to promote self-regulation and respect for others?

Play in the great outdoors is a great way to promote these skills. It encourages children to think ahead, to solve their own problems and to work together. What’s more it gets them out in the fresh air, just like me walking my dogs! When your children are very little, modelling respect and self-regulation is always the best strategy, however when your children get a little older you could try the following:

Acknowledging children behaving thoughtfully to others shows them that those behaviours are valued; I call this counting kindnesses. Talk with children about who has been kind to them and how they have been kind to others. Make this a daily activity and it soon becomes second nature.

Something we often neglect is talking with children about how they coped when things went wrong: dealing with difficulties. How did they cope when they each wanted to construct something different? What did they say when Maisie took too long at the mud kitchen? How did they feel when Sanjay and Eric wouldn't let them play with the blocks?

Helping children deal with their own difficulties (within safe boundaries) rather than diving in and imposing adult solutions or sanctions helps children on the journey to self-regulation. Open-ended play supports this in the most organic way.

Adult-imposed responses to behaviour, whether positive or negative, can take away a child's own feelings of control and stop them learning to think for themselves. It can stunt a growth mindset, steering the child to think that making mistakes is always wrong, rather than a way to learn and move forward. We all need to respect each other; we all need to learn. Just remember: every interaction with a child should be based on respect… it is an opportunity to learn - for them and for us!

ABOUT THE AUTHOR
Ali McClure

Ali McClure is an education and parenting consultant whose work is probably best described as boys and beyond. She writes, speaks and does research on how to help educators and parents bring out the best in their boys, especially those for whom the journey is more challenging. She also mentors trainee teachers for Kingston University.