Children are naturally biologically wired to be mathematical thinkers even from the very first months of their lives (Sinclair, 1988). It is vital to know and recognise this because as Fleer (2010) reminds us, how we view children determines how we teach them. If we see the child as having no mathematical knowledge then that is how we are going to teach them: as being an empty vessel to fill. However, if we realise that children do bring much to their learning, then we are much more likely to teach in a way that respects that knowledge and builds upon it. The attitude of the adults around a child has a profound effect on her learning. 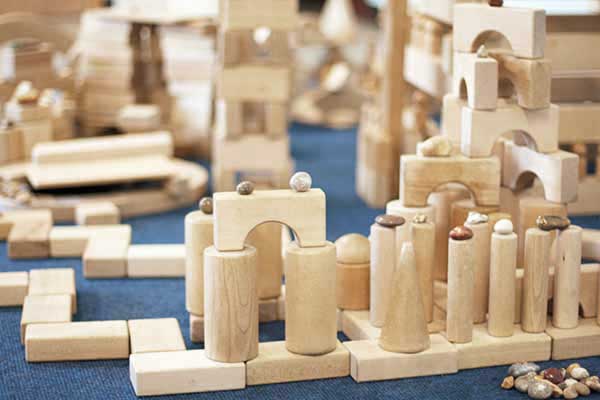 What is Open Mathematics?

The term ‘Open Mathematics’ was constructed as a result of in-depth discussions with real teachers in real classrooms, and as such it is a grass roots movement. It forms part of my PhD work with nursery and reception class teachers in Bristol, England (Carruthers, 2015; Carruthers and Butcher, 2013; Carruthers 2012). Open Mathematics education starts with looking at mathematics from the whole instead of in parts. For example, we should look at larger numbers that children may be interested in, instead of always teaching 1–5 and then slowly moving up to 5–10. Very young children ask infinity questions, for example “What is the last number?” or “Is a million the biggest number in the world?” Starting with the whole helps children develop a deeper understanding of the parts and the position of the parts. This puts mathematics in mathematical context.

Open Mathematics considers children’s own emerging mathematics, which has no right or wrong answers. Children analyse, hypothesise and experiment and their own thinking is supported, nurtured and developed. This open culture supports a spirit of freedom where children feel free to cross out (for example) their mathematical notation, change their minds and develop their own strategies. Play is recognised as a vehicle for children to express their imaginations, and this is crucial to children’s development of abstract concepts like mathematics. Open Mathematics is not neat and tidy but it involves deep-level learning and sometimes the chaos of thinking, refining and finding new mathematical ideas.

The theoretical stance in Open Mathematics is from a Vygotskian socio-cultural perspective (Vygotsky, 1978). The child’s cultural background and home experiences are seen as valuable and add to their ever growing knowledge base. Socio-cultural theory espouses that children learn from those around them, not just from teachers. Children are soaking up knowledge all the time and school knowledge is only part of this. This is linked to Moll’s (2005) concept that children bring funds of knowledge with them to school and Moll and Gonzalez’s (1994) research on children from poorer households who bring their different – but not lesser – cultural knowledge: “These historically accumulated and culturally developed bodies of knowledge and skills are essential for household or individual functioning and well-being. As households interact within circles of kinship and friendship, children are ‘participant-observers’ of the exchange of goods, services, and symbolic capital which are part of each household’s functioning.” (Moll and González, 1994: 443) This knowledge the children have from home and community is also mathematical as mathematics can be argued to be embedded in everyday living (Pound, 2006). 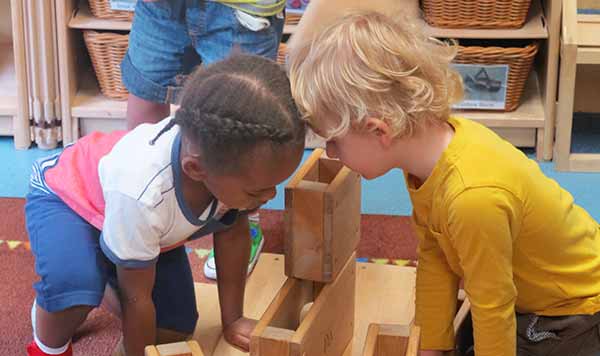 School mathematics can sometimes appear disjointed to children and not connected to their own understanding. Hughes’ (1986) research on children and number uncovered that primary children had difficulty with the standard written language of mathematics. Yet in the same study preschool children were able to tackle addition and subtraction using their own ways of solving the algorithms, with more competence compared to the older children. It is clear that the abstract symbolism of mathematics is a problem (Carruthers and Worthington, 2006). To make links between the abstract and the concrete, most Early Years classes use a practical maths approach, and many writers of early childhood maths also emphasise this approach (Threfall, 1992). Resources and manipulatives are used before or with the standard written mathematics. Hughes (1986) and Askew (2001) question if practical mathematics is the answer to support children’s understanding of the abstract. 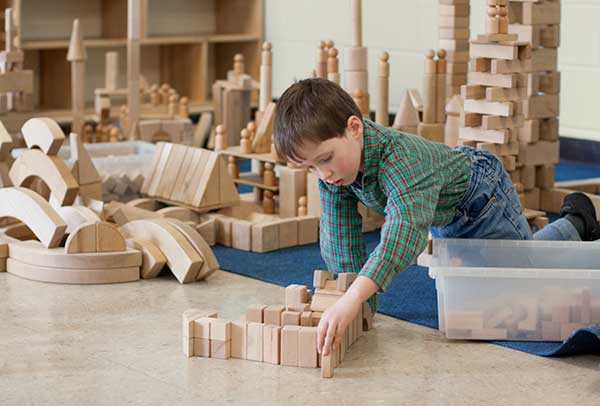 A key feature in Open Mathematics is really listening to young children to uncover their mathematics and their funds of knowledge. Sometimes we think we are listening, but are we really listening? We need to think about the space in which we discuss mathematics. Is it quiet? Can we hear the child or children? Do we wait through pauses? Who does the talking and do we have the skills to turn round the dialogue so that children feel comfortable to lead the talk? Mercer and Hogkinson (2008) stress that a more dialogical approach in teaching is required and that talk is used as an effective tool for joint enquiry. This collaborative dialogue between teacher and child makes all the difference to the learning (Siraj-Blatchford 2009)

In mathematics Boaler reminds us that: “Mathematics is learned by computing, by solving problems and by conversing more than reading and listening” (Boaler 2009:26).

Conversation and learning how to converse are so important for learning. Real conversations bring equity and create no pressure to speak. They are not about turn taking, children or adults speak when they have something to say. The adult can take the role of facilitator and stimulate the conversation. It is easier to listen to a conversation that you are engaged in and also easier to remember the flow when you are part of the thinking.

Do we understand Children’s Mathematics?

In my own research (Carruthers, 2015) with nursery school and reception teachers, the findings revealed the importance of the relationship with the key person in the child’s school or nursery world. Children’s sense of trust, attachment and relationship between themselves and their key person/teacher is vital to the mathematics being understood by the child. As the key person tunes into the child’s understandings and mathematical meanings, they instinctively know how to respond and support the child’s mathematical thinking.

Play is such a part of children and childhood, yet it is highly debated and complex. Vygotsky in his research into children’s play argued, “Superficially, play bears little resemblance to the complex, mediated form of thought and volition it leads to” (1978:104). Wood argues that “what play is, what play means and what play does for the player is conceptualised in different ways according to the particular lenses through which research views play” (2010:12). The play that supports children’s mathematics is child led and owned. It is what Bruce (2004) describes as free flow play. If play is restricted to adult-led outcomes then it restricts the children’s exploration and choices in mathematics. Play is central to Open Mathematics because it gives that intellectual freedom to children that is so necessary to learning. Imaginary play helps children to think beyond the literal, they can use a chair to be a pirate ship, even though the chair does not resemble a ship. This can be said to be abstract thought, necessary to mathematics. 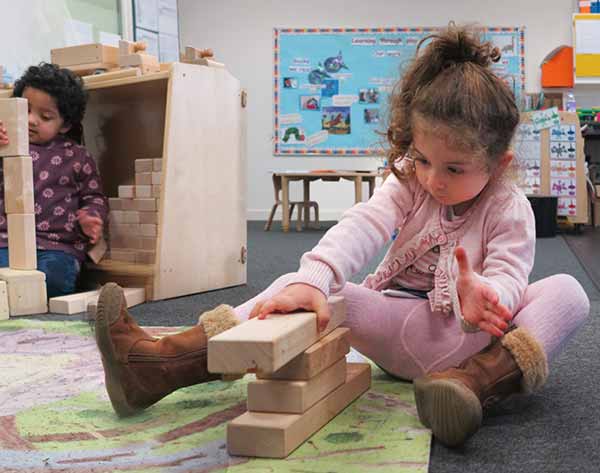 There are many aspects of Open Mathematics, but more than anything it is about creating a culture of mathematical enquiry where mathematics is woven through the day and not limited to a set disjointed activity. Problem-solving is at the heart of mathematics and linked to children’s own enquiries that arise out of their interests and every day happenings. Play is central to young children’s mathematics. Open Mathematics is underpinned by a democratic pedagogy where children and adults co-construct learning. Teachers and practitioners actively seek knowledge about children’s learning both from the children they teach and their engagement with a professional learning community.

Carruthers E. 2015 Listening to Children’s Mathematics in School. In Perry B, Macdonald, A. and Gervasoni, A. Mathematics and Transition to School; International Perspectives. Springer, New York.

Siraj-Blatchford, I. (2009). Conceptualising progression in the pedagogy of play and sustained shared thinking in early childhood education: a Vygotskian perspective. Education and Child Psychology, 26 (2), 77-89.

More from Maths
Article
Nature patterns with loose parts
Autumn’s the time when natural loose parts are easy to find in your outdoor area, garden or local park. Take buckets or bags and fill them with conkers, acorns, beech nuts, the last flowers, coloured leaves, pine cones or pebbles. Allow…
Article
Maths play with loose parts
Natural loose parts can be used in a multitude of mathematical ways. An assortment of pinecones can be used for classifying, sorting, and counting. Leaves can be used to investigate shape and symmetry. Rocks can be measured and compared by…
Article
Block play and spatial skills
Many early childhood experts have documented the value of blocks for children’s learning, offering evidence that when children are given time to plan, construct, and create with blocks, they develop socially, emotionally,…
Article
Developing children's mathematical learning outdoors
The value of the quality of interaction, alongside meaningful contexts for learning, is one which has to be shared with parents and carers. We need to consider the family learning opportunities for that extended shared understanding of how…
See all Maths articles