This third article of the Model for Living series considers the significance of sleep patterns and the impact of sleep on early childhood development.

“Wee Willie Winkie runs through the town
Upstairs and downstairs in his nightgown
Tapping at the windows
Crying through the locks
Are the children in their beds
For now it’s eight o’clock?”

How do you feel when you haven’t had enough sleep or your bedtime routine has been disrupted? Grumpy, irritable, unable to concentrate? How about when this continues over several consecutive nights of poor-quality sleep? Anxious, frustrated, possibly even out of control and angry?

Our modern lifestyles and 24/7 pressure have resulted in many of us being sleep deprived. In a new book The Science of Sleep (2017), Wallace Mendelson suggests: “Many of us live in a state of partial sleep deprivation. This leads to deficits in our ability to learn, drive safely, and for our bodies to chemically process food or fight infection.” This argument is supported by Clifford Saper, Professor of Neuroscience at Harvard Medical School, who says: “The most common misconception is that people think that they do not have to follow the rules of biology and can just eat, drink, sleep, play or work whenever they want.” So what might this growing bank of scientific research and our heightened awareness of the importance of healthy sleep patterns mean for children, parents and early years educators?

Children are certainly no different than adults. In fact, every living creature is physically healthier and more responsive when adequate sleep is consistently maintained. In the early weeks and months of life, sleep is the primary activity of the brain. The sleep-wake cycle, also known as the circadian rhythm, is regulated by the impact of light and dark. These rhythms take time to establish and result in the irregular sleep patterns of newborn babies. The rhythm begins to develop at about six weeks, and by three to six months most infants have a more regular sleep-wake cycle.¹ 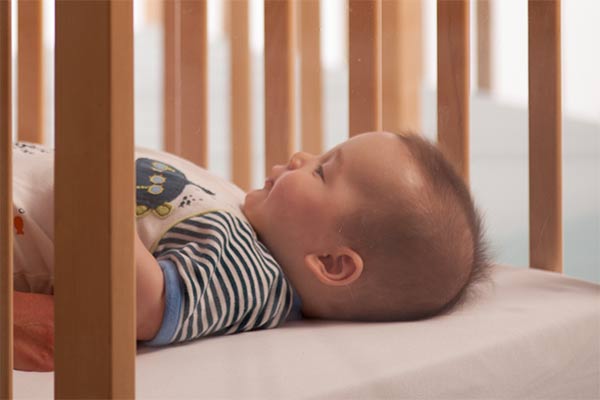 As children grow, they develop two alternating types or states of sleep known as:

Babies have what is called “polyphasic” sleep, in multiple stretches over the day. They often take several months after birth to establish regular sleep and napping routines. However, by around 9 months of age approximately 60% of children will take one nap in the morning and another in the afternoon, and over 70% of children will sleep through the night.

Often those we think of as “good sleepers”, who appear to sleep through the full night, are actually effective “self-soothers”, who go back to sleep by themselves after stirring or brief awakenings. Such children are already establishing an early ability to self-regulate, an indicator of secure emotional attachment and an increasing core sense of safety. Others, referred to as “signallers”, will alert carers to their wakefulness with a cry, and may need rocking or nursing back to sleep. These babies may need support to gradually learn to get back to sleep by themselves through self-soothing.³

Preschool children typically need at least 11 to 12 hours of sleep every 24 hours. Most will go to bed between 7 and 9pm, and will wake between 6:30 and 8am. Daytime naps can continue as a regular feature of the preschooler’s day and may decrease in frequency by age three, although some children may continue to benefit from a nap up to the age of five.

As preschoolers become mobile and language skills develop, they become more capable of resisting bedtime and expressing fear or separation anxiety, with about 20% still waking at least once during the night. At this stage of development, paying attention to and reinforcing consistent bedtime routines and behaviours can really help parents to manage sleep patterns successfully. Night time fears are also common in preschoolers and in extreme cases may present as sleepwalking and sleep terrors.⁴

Common indicators of insufficient sleep in preschoolers are that the child: 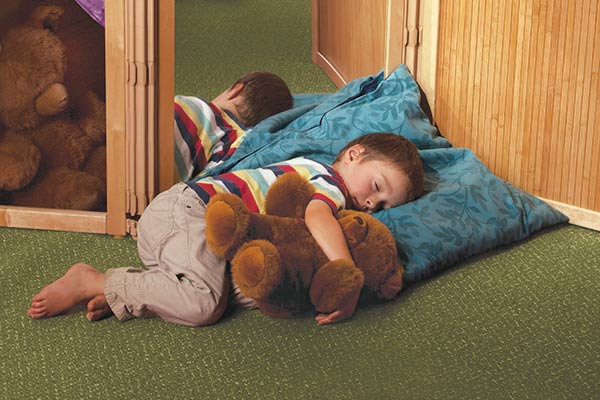 While the word “hygiene” conjures up images of washing and teeth-brushing , sleep hygiene is different. It refers to the habits that parents can put into place to optimise children’s sleep. Here are ten recommendable sleep hygiene habits:

Parasomnia is the term given to unusual behaviours that occur during sleep. For young children, the most common are disorders of partial arousal or wakefulness which happen in the transitions out of deep sleep. These include confusional arousals, sleepwalking and sleep terrors.

Confusional arousals These are very common in preschoolers and involve noisy and inconsolable thrashing or crying. A child is unlikely to wake fully and will usually return to sleep fairly quickly.

Sleepwalking This is more common in older children and adults. Events can be as simple as getting out of bed to completing complex tasks like making a snack, or even moving furniture.

Sleep terrors As their name suggests, sleep terrors involve the appearance of absolute fear (sweating, eyes dilated, racing heartbeat), often accompanied by real distress. Some children even bolt out of bed. Although they are upsetting to witness, children are mostly unaware that anything has happened when they wake up.

Nightmares Unlike sleep terrors, nightmares are disturbing dreams that wake the child and leave them with vivid memories. This makes them reluctant to go back to sleep. Nightmares occur during REM sleep. Most children experience at least one nightmare, and one in four may have repeated scary dreams over a few months.

Sleep tight – the power of the lullaby

Let’s not forget the power of the lullaby, also known as the cradle song. Lullabies are found in many countries of the world and have been around since ancient times as a means of soothing a child to sleep with simple and often repetitive language. The benefits of the lullaby extend beyond bedtime and should not be underestimated.

In our next article of the Model for Living series we will consider a further aspect of children’s well-being. We will explore the strong links between children’s playfulness and their intellectual growth and emotional well-being.

Useful books for educators and parents

Sleeping Through the Night, Revised Edition: How Infants, Toddlers, and Their Parents Can Get a Good Night’s Sleep (2005) by Dr. Jodi A. Mindell (Recommended by the National Sleep Foundation), Publisher: HarperCollins Publishers.

Why We Sleep, the New Science of Sleep and Dreams (2017) by Matthew Walker, Publisher: Simon and Schuster

The Science of Sleep – What it is, How it works and Why it Matters (2017) by Wallace Mendelson, Publisher: University of Chicago Press