The importance of fantasy play

The first time I heard that “play is the work of children” was in 1949 from Rena Wilson, director of the Newcomb Nursery School in New Orleans. She was describing her “Introduction to Young Children” course at Sophie Newcomb College. As a newly arrived senior in the college, I was completing the undergraduate studies I had interrupted by getting married and moving to New Orleans. I hadn’t yet decided to become a teacher but it seemed a good idea to learn something about little children, and Miss Wilson promised us a view into the very heart of early childhood. After the children went home, our class sat on the child-sized chairs in the nursery school, our minds still puzzling over what we had observed there earlier in the day. Miss Wilson had told us, “You are watching the only age group in school that is always busy making up its own work assignments. It looks and sounds like play, yet we properly call this play the work of children. Why? That is what you are here to find out.”

None of us thought the task was easy. As soon as we began to record one set of events, our subjects were off pretending something else, giving each other information and clues we often could not decipher. But we collected anecdotes, samples of conversation, sketches of block constructions, and drippy paintings and tried to see what the children were learning. What we couldn’t capture was the intensity and intentionality that accompanied everything the children said and did – until Miss Wilson gently persuaded us to add our imagination to the mix.

“Pretend you are the children who are playing,” she said. “What are you trying to accomplish and what stands in your way? Act out what you’ve seen and fill in the blanks. Remind yourselves of what it was like to be a child.” 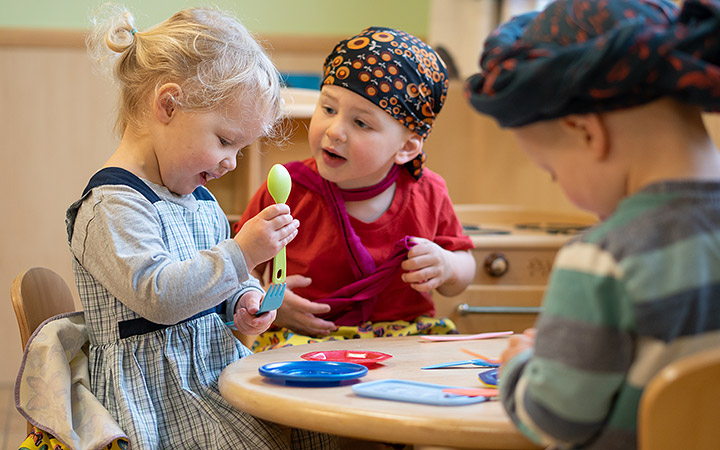 In time we discovered that play was indeed work. First there was the business of deciding who to be and who the others must be and what the environment is to look like and when it is time to change the scene. Then there was the even bigger problem of getting others to listen to you and accept your point of view while keeping the integrity of the make-believe, the commitment of the other players, and perhaps the loyalty of a best friend. Oddly enough, the hardest part of the play for us to reproduce or invent were the fantasies themselves. Ours were never as convincing or interesting as the children’s; it took us a great deal of practice to do what was, well, child’s play in the nursery.

More than fifty years have passed since Rena Wilson led her children and their teachers plus several generations of college students in the daily celebration of play. What would she make of today’s revision of priorities in our nation’s early childhood centres and kindergartens, where lessons have begun to replace play as the centrepiece of community life?

“Is it possible,” she might ask, “that work is now the play of children? No, this will never do. We must begin again, to watch and listen to the children. We have forgotten what it is like to be a child.”

We will need to go beyond watching, listening, and remembering, however, if our children are to be revealed as the same original thinkers and actors they were in Rena Wilson’s day. In documenting and dramatising their language, lore, and literary strivings, my purpose is to examine their curriculum in its natural form, much as they study one another through the medium of their play.

If my narrative travels back and forth between generations, it is because this fantasy play remains amazingly constant. The children you will meet in Nisha Ruparel-Sen’s kindergarten are little different from those I taught in the same school thirty years earlier. They and all the others whose play and stories inform these pages continue to be the most innovative researchers I know in answering Miss Wilson’s question: Why do we call play the work of young children?

Furthermore, why not call play the work of teachers as well? If, as Lev Vygotsky, the Russian psychologist, informs us, children rise above their average behaviour in play, let us pursue the ways in which their teachers might follow them up the ladder, starting at the first rung, which, as every child knows, is fantasy play.

The language of play (from chapter two)

What an astonishing invention is this activity we call fantasy play. Are we really willing to let it disappear from our preschools and kindergartens? “I’m not inclined to encourage fantasy play any more if my teachers can’t handle it,” a preschool director admitted recently. “If the teachers are worried about what’s coming out, especially with the fours and fives, everyone is better off if we stick to lesson plans and projects.”

“Has the play changed that much?” I asked.

“The teachers think so. Maybe it’s the increased tension since 9/11. Children do seem less prepared, more at risk. We’re on safer ground with a somewhat academic curriculum. It’s more dependable.”

I would have to disagree. There is no activity for which young children are better prepared than fantasy play. Nothing is more dependable and risk-free, and the dangers are only pretend. What we are in danger of doing is delegitimatising mankind's oldest and best-used learning tool.

My attention to fantasy play may appear to overwhelm the many other areas of explorations in a preschool and kindergarten. I would not do without the books we read and reread until they are memorised; the arts, crafts, and games we make and remake as we enlarge our perspectives and skills; and the music and poetry that give rhythm and rhyme to our feelings.

However, since fantasy play is the glue that binds together all other pursuits, including the early teaching of reading and writing skills, I am compelled to put it on display as clearly as I can. A former editor of mine always asked: What is the focus of your book and where is the growth? The spotlight here will be upon the dramatic play of young children, but the growth I attempt to record may well be my own. 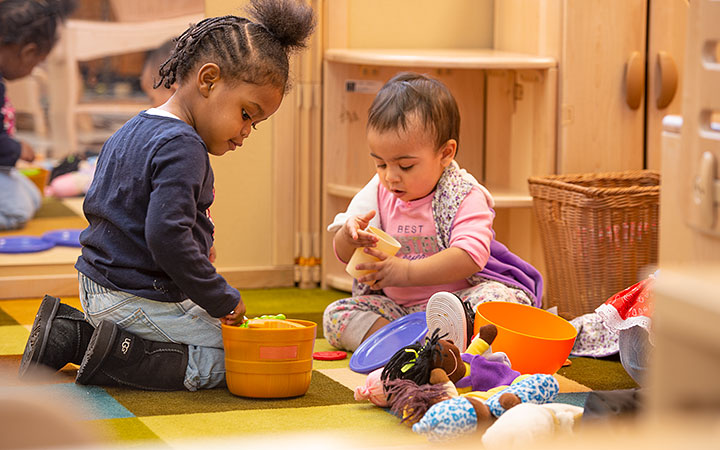 It is in the development of their themes and characters and plots that children explain their thinking and enable us to wonder who we might become as their teachers. If fantasy play provides the nourishing habitat for the growth of cognitive, narrative, and social connectivity in young children, then it is surely the staging area for our common enterprise: an early school experience that best represents the natural development of young children.

Every day brought me new evidence of the preeminence of fantasy in children’s thinking. It has reinforced my certainty that we perform a grave error when we remove fantasy play as the foundation of early childhood education.

We are going too far in the opposite direction. Some school people feel that because young children engage in magical thinking we must pull them on to another track as early as possible; having added extra years of schooling to their lives, we are emboldened to counteract fantasy play with “reality-based” activities.

Is this not the adult version of magical thinking? To imagine that the purpose of early childhood education is to reorder the stages of human development is like the story of the prince who was turned into a frog. In attempting to turn children into creatures who are unchildlike, we ignore all the messages young children give us as they play. The frog turns back into a prince when the princess recognises his need to be treated with kindness and respect. In the case of our children, this would include the kindness of acknowledging that their perceptions and premises are not the same as older children’s or as our own. 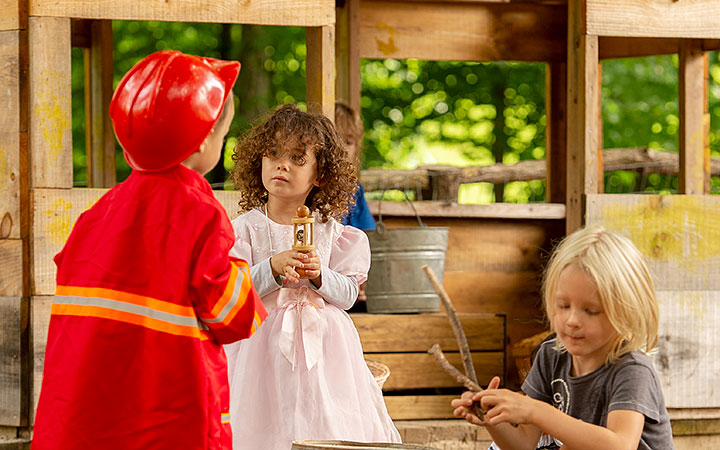 Vivian Gussin Paley (1929–2019) was an American educator and early childhood education researcher. She is the author of numerous books.

More from Importance of play
Article
The importance of play for learning
Childhood is a time for, well, childhood! It’s not a preparation for school or adulthood. It’s a time for allowing children to go at their own pace, giving them the time they need to explore, manipulate, discover, and practise newly…
Article
A model for living
In this final article of our Model for living series we focus on learning, a much debated aspect of life in the early years. What are we doing to give children access to quality learning experiences, ensuring that they make…
Article
Play it forward
The kinds of traditional play that children have done naturally for generations is still at the foundation of the work that we do, and need to do, with children. We have the wisdom of the sages through the ages, but we also have the wisdom…
Article
A model for living
In this fourth article of the Model for Living series we explore play and playfulness, which are key dynamics in early childhood development.
See all Importance of play articles
Explore Role play Products
Explore Role play