Bubbles sailed through the room as we paired off with small bottles of bubble liquid provided by our High/Scope trainers, Margaret Beech and Jan Dunwoodie of Newcastle. As the iridescent orbs perched on our heads or burst on the floor, we were momentarily transported to childhood days – the quietest of us laughing and leaping as the medium caught us in its magic.

Recalled after a time to the present, we were asked to list all the attributes of bubbles we had just observed, a list that quickly topped twenty. Next, we were shown a picture of some bubbles, and lastly the word ‘bubbles’ printed out. We returned to our list and reviewed it. Which properties of bubbles could be noticed from the picture or the written word alone? With 99% of the list crossed out, (‘round’ was one of the few surviving descriptors), we had been shown one of the key tenets behind the High/Scope approach to education: that knowledge of the world is constructed through hands-on activities.

Not through a TV set. Not through books. Not through an instructor spouting facts. Swiss psychologist Jean Piaget (1896–1980) said, ‘Knowledge arises neither from objects nor the child, but from interactions between the child and those objects.’ 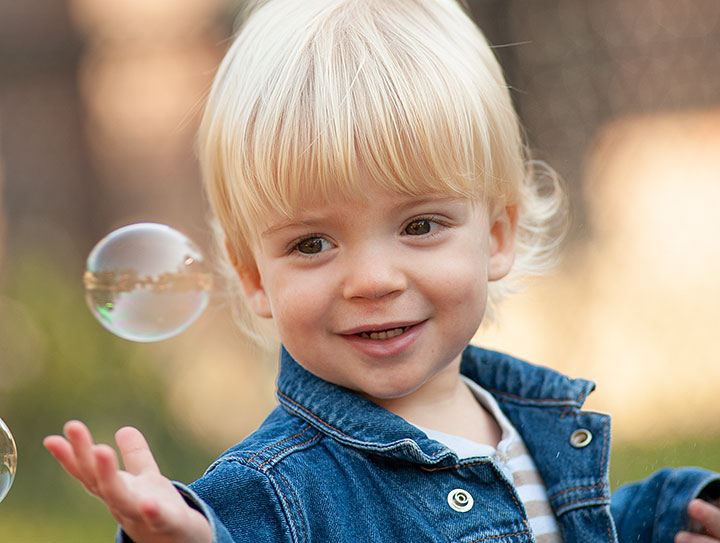 By the time the High/Scope approach was developed in the latter twentieth century, Piaget’s ideas on active learning had already penetrated contemporary educational thought. Along with the work of Vygotsky, Dewey, Bruner, and Neisser, Piaget’s research provided the basis of the constructivist theory of education (essentially, that children construct knowledge through experience) and increasingly influenced educators in Europe and the United States.

In 1962 David Weikart of Ypsilanti, Michigan, became distressed at the inability of the local school system to produce literate, functional adults. An experienced teacher, Weikart took a hard look at best practice and current educational theories. He wanted to discover a preschool curriculum that would generate better academic outcomes in later years and equip children to deal successfully with life as adults. But how to unify all the ideas? The actual experience of classroom teachers would fine-tune, modify, and flesh out theory. With colleagues, Weikart initiated an experimental preschool programme, comparing the progress of his children with a control group of the same age kept at home. Thus began construction of the framework known as the High/Scope approach.

The success of Weikart’s approach was borne out by statistics gathered as the years went by: his High/Scope students achieved better job retention, higher earnings, lower arrest rates, and less dependency on social services. The deprived neighbourhoods of Ypsilanti started to see a positive turn in children’s academic success, and the High/Scope approach spread. Across the water, London educators took interest. In 1979, an American High/Scope team gave a trainer of trainers course for twelve UK teachers. (Our trainer Margaret Beech’s first line manager was part of this original group.) The rest is history. Today over 20,000 UK practitioners employ the High/Scope approach to some degree, and it has found favour in the eyes of the UK Office for Standards in Education. (OFSTED).

The wheel of active learning: High/Scope is often pictured as a ‘wheel’ rotating on the ‘hub’ of active learning – learning through hands-on involvement with people, materials, events, and ideas. Lists of recommended ‘key experiences’ (58 of them) have been compiled and incorporated into the High/Scope curriculum, to further children’s mental, physical, social and emotional development. These key experiences fall into ten categories: creative representation, language and literacy, initiative and social relations, movement, music, classification, seriation, number, space, and time.

Adult-child interaction: High/Scope teachers relate to children not as managers but as friends and partners. They support children’s choices of activities, play with them on their level, focus on their strengths, and encourage them to find solutions to their own problems. (‘George is having trouble putting on his apron; what can we do to help?’) When conflicts arise between children, adults help them discuss the situation rather than punishing or isolating them. Thus conflicts are viewed as opportunities that help children develop social skills and become more aware of the effects of their actions on others.

Learning environment: Children have a natural desire to understand their world, and High/Scope settings enable spontaneous discovery through preparation of the environment. Much thought goes into organisation of materials and spaces to support independent learning. Plainly laid out interest areas provide activities such as block play, art, role play, sand and water, and books and writing. Materials are stored at point of use, in clear containers labelled with easily understood symbols, and stored within reach so children can take and return materials independently. Appropriate room for transition is also essential, for example the welcome area. A carefully planned outdoor area is important to give children daily opportunities to observe and learn from the natural world.

Daily routine: Children need consistency. This need is supported not only in the organisation of the High/Scope environment, but also through a daily routine that helps children anticipate what comes next. Having a sequence of events that is the same every day helps children feel in control. The High/Scope daily routine includes the ‘plan-do-review’ process, implemented throughout the day. That is, children are given time to plan their activities, execute them, and then give feedback on what they have done. During review time teachers reflect choices and experiences back to children, building the children’s confidence in their own decision-making abilities, and giving them a sense of control in important life choices later. Outdoor time and large and small group experiences are also part of the daily routine.

Assessment: High/Scope teachers rely on teamwork, modelling cooperative interaction. Teachers regularly take anecdotal notes on children’s daily activities. This documentation is used to create plans to extend the children’s learning, as well as to involve parents in providing continuity between home and school. From the daily notes a record is generated to assess children’s long-term progress.

Limited to three hours, our High/Scope trainers could deliver only a ‘taster course.’ As the session progressed, Margaret and Jan related helpful stories to highlight some of the theory. Take the recommendation that children be observed from a little distance to discover more about them. When teachers step back and let children choose their activities (rather than directing everything themselves), surprising progress is often made. Margaret told of a little girl (I’ll call her Susie), who with her nursery class anticipated a trip to the zoo. The teachers spoke with the children about the menagerie of species they would see. But Susie expressed interest in one animal only, and when they got to the zoo, had eyes only for one: the gorilla. And what a gorilla! Susie, Margaret told us, was a child who normally chattered non-stop, from the moment she entered nursery in the morning till she left in the evening. But in the face of her gorilla, she was ‘totally gob-smacked’ – dumbstruck! Enormous, smelly, cheeky, face-making, the gorilla stared at his little admirer, and she returned the gaze. Five minutes – Margaret checked to see if the other staff were managing – ten minutes, fifteen minutes: for so long, Susie gazed at the giant of her dreams.

And then it was over. The zoo trip was everything Susie had wanted it to be. Oblivious to alligators, tigers, and elephants, she spent weeks reliving gorillas: in conversation, cut-outs, and best of all, drawing. Previously hesitant in picture-making, a new world opened up for her, and Susie became more daring. Having been allowed to concentrate on what interested her, she was free to step forward in an important area of learning, creative expression.

Similarly, a boy who was not comfortable with writing always chose to play in the block area. Staff worried: would Jerry’s learning become one-sided? Then they placed architectural plans, clipboards, and pencils in the block corner. One day after weeks of building forts and towers, Jerry picked up a pencil and began to ‘write’. Not long after, he ventured beyond the block area. Happy now to play anywhere in the room, he kept up his ‘writing.’ Jerry’s timidity had been removed by allowing him time with an activity he was comfortable with.

High/Scope’s application is wider than just the preschool years: Weikart used it with older children, and Jan has used it successfully with special needs children. She told us it also works well with her own teenagers – helping them take ownership of their choices.

On closer acquaintance with High/Scope, many practitioners realise they are already doing much of what is required. They have simply not articulated the theory behind their practice, or brought what they do into one consistent framework. (High/Scope is a ‘whole’ approach, not something you can switch on ‘at 11 o’clock’ or ‘on Tuesdays’, as it has sometimes been misinterpreted.) Lastly, the statistics that are available should convince anyone of the merits of the High/Scope approach. Surely adults leading productive lives, convinced of their own worth, and able to get along with others, are the fruit every educator hopes to see at the end of the day.

High/Scope’s headquarters is in the USA, and there are High/Scope institutes in six countries. High/Scope in the Northeast of England works in conjunction with Barnardos, a children's charity. Key values held by Barnardos include respect for the unique worth of each person, encouraging people to fulfil their potential, working with hope, and exercising responsible stewardship.

More from Project-based
Article
The Project Approach to teaching and learning
The Project Approach offers teachers a way to develop in-depth thinking while engaging the hearts and minds of young children.
Article
Reggio Emilia
Reggio Emilia is a prosperous town in the hills of northern Italy, home to a programme of early childhood education that has gained international repute.
See all Project-based articles