The past, the future and the spirit of schemas

To see a World in a grain of Sand,
And a Heaven in a Wild Flower,
Hold Infinity in the palm of your hand,
And Eternity
in an hour.
William Blake

What do we know of the past and future of schemas in human development? This article explores possible links between schemas and other ways of looking at intrinsic patterns in human thought, seeking to make connections beyond the confines of child development.

As a research study, the development of thinking about children’s schemas has been somewhat time-focused. Piaget’s early experiments and observations of children look at schemas from birth to 2 years old. Athey’s later research focused on children aged three to five. To my frustration, the recognition of these powerful forces in children’s learning have barely become mainstream in early education and to my knowledge have never linked effectively with wider ideas of human development and behaviour.

Once Tina Bruce had introduced me to schemas as a beginning teacher, I saw them wherever I looked. I am sure this is a phenomenon many readers share: the excitement of ‘schema-spotting’ that then becomes an anxiety about what to do next to support that child’s intrinsic motivation to explore through the medium of a particular schema.

However, I also wandered round temples in Southeast Asia saying, ‘Hmmm rotational schema’. I looked at ancient symbols such as the mandala, or Celtic Cross, and saw a co-ordination of circle and cross that many four-year-olds discover. Stonehenge had me awestruck at the effort going into the horizontals and verticals and grids.

Consider these spirals from the Megalithic period in Newgrange Ireland and from the South West USA: 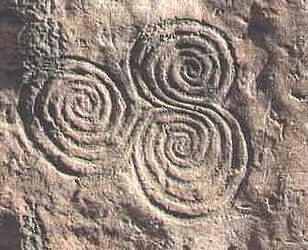 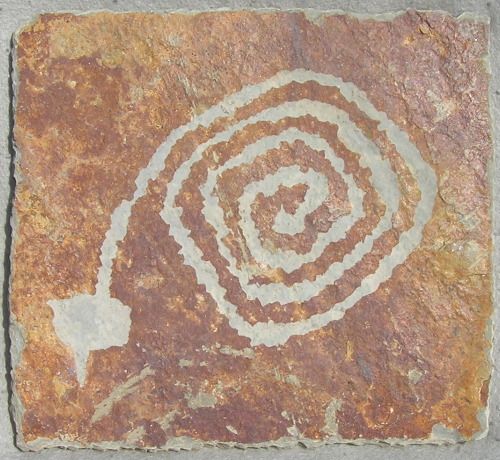 And then look at Dante’s delight in creating spirals for himself: 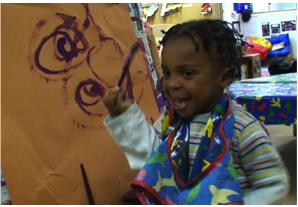 I have always been particularly fascinated by the representational aspect of schemas and have revelled in the concentration children bring to their representations of a particular schema. If we accept the view that schemas are a part of child development and thus human development, that they are innate biological drivers and a vital part of how we make sense of the world, then surely their impact should be more widely recognised across different disciplines.

Anthropologists recognise similarities between the different designs of sacred places – the zigzag pyramids of Egypt and Mexico, the stone circles of the UK and those of Gambia, or Hong Kong configurations. Humans are pattern-making animals. We are not alone in this (think of the beautiful patterns of a beehive) but we do create patterns at more than an instinctive level. Across the world, human societies have discovered and developed and given significance to particular patterns. Straight lines are not obvious in nature, and yet we as societies, and children as they develop, explore and invent the straight line and use it as a way to organise, represent and understand the world. We create perfect circles, horizontals, verticals and diagonals and then harness them in our mathematical thinking, science and a host of artistic expressions.

Children have a strong drive to explore, understand and organise the world. Piaget noticed ways in which children actively and repetitively seek to construct their own mental models of the world. One of Chris Athey’s great gifts was to illuminate those particular patterns that children are motivated to explore, the scientific and mathematical roots of so much future learning.

We describe children as young scientists driven to explore the world. The scientist Poincaré identified this drive to see pattern:

For ancient peoples these strong patterns had strong spiritual significance. The spirituality of young children is a subject that has fallen off the agenda in recent years, but there are signs of a welcome recognition that children have deep capacities for spiritual experience. It is worth remembering that Froebel saw the gifts and blocks he developed as having a spiritual dimension. The way in which each block perfectly fitted into the whole was a representation of the individual’s connection with the universe. The deep satisfaction with which a child expresses that inner form of a schema in an outward medium, whether it is paint or blocks or lining up toy animals, seems to me to have that spiritual dimension too.

One of the outstanding features of children involved in a schema is their total absorption. I have noted how difficult it can be to deflect a toddler who is determined to ‘post’ everything down the drain or to line up her cars across the carpet in a lethal way. Is an important feature of schemas that they connect children to a deep satisfaction? Children absorbed in a schema have those high levels of well-being and involvement (Laevers 2003) that we recognise as important for learning. I would suggest that we need to see this absorption as also having a spiritual dimension, connecting children to the innately beautiful, to some key experience in being human.

So we connect to the past, we value the present – what of the future? One of Chris Athey’s sayings was that ‘schemas have a great future’. On many levels, understanding and supporting children’s schemas can assist their future: as Athey and Bruce have argued, we can provide worthwhile curriculum content that fits the form of the schema. We can both deepen the understanding of the schema and broaden the range of experiences offered to a child. This is important work, and I am concerned that practitioners have the skills and judgement to understand and support schemas as a part of the rich picture of their development. However, musing further forward, I am tempted to speculate on what happens to that great future of schemas in later life. What happens to children who seem to hold on to a dominant schema?

‘The Child is father of the Man’

Wordsworth in 1802 was suggesting that the seeds of who we become are present in early childhood, and I have wondered whether we can see this happen with those dominant schemas. When delivering training on schemas to practitioners, I often cite my husband and how much more harmonious family life became when I realised that his obsessive stirring of the cooking pots was not a criticism of my cooking but part of his love of all things rotational (think bicycles, records etc)!

Years ago I was struck by similarities between four-year-old Annie’s paintings and Howard Hodgkin’s characteristic enclosed and patterned works. Shown a postcard of one of his paintings, she looked long and hard, then said “Did I do that?”. This set me on an enjoyable path, particularly with modern art and architecture. 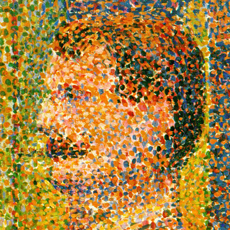 Did Seurat have a dominant dab schema? 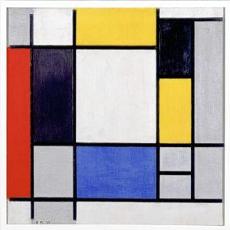 And surely Mondrian was obsessed with grids? 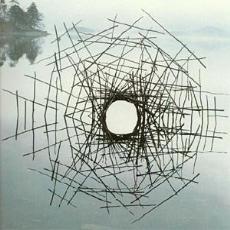 Andy Goldsworthy has circles and spirals threaded through his works.

And my favourite Christo clearly had enormous fun giving rein to his enveloping schema, wrapping whole bridges, trees and islands.

It seems to me that great artists are able to take an idea or inner vision and translate it into something that resonates with others. Perhaps the fight for the importance of schemas to be widely recognised needs to move into these other territories. For years I have suggested that a child’s interest in rotation can be harnessed to support their understanding of clocks or pulley systems. I am tempted to take the battle to another front and argue that understanding and celebrating children’s exploration of schemas enriches their spirit, art and lives.

What then am I suggesting?

That children’s abstract representations of their schema should be highly valued, as they go through the process of giving outer expression to an inner thought.

That schemas are innately linked not just to our biological development but also to our defining characteristics as human beings and pattern-making creatures.

That the patterns that we support children to discover for themselves are the same patterns that people and civilisations all over the world have discovered, developed and seen as significant.

That by fostering each child’s unique take on these patterns, we may foster later artists, scientists, architects or mathematicians.

That the discovery of innate patterns in the universe is indeed a spiritual experience for young children and should be cherished.

More from Schemas
Article
The importance of schemas in every child’s learning
The importance of schemas in children’s self-initiated and spontaneous play has become a valued and embedded part of early childhood practice.
Article
Understanding and encouraging toddler play
Children's play tells family members and early childhood teachers so much about development.
Training resource
The Nursery gym in action at Pen Green (DVD)
This DVD highlights the importance of physical activity and positive risk-taking for young children.
See all Schemas articles